Through His blood and in Jesus’ name, Jesus gave His saints the authority to go into the world on His behalf. He taught His disciples (you and I included) that all authority on Heaven and Earth belonged to Him, and He gave it to us.

“Jesus said to them again, ‘Peace be with you. As the Father has sent me, even so I am sending you.’ And when He had said this, He breathed on them and said to them, ‘Receive the Holy Spirit. If you forgive the sins of any, they are forgiven them; if you wish to withhold forgiveness from any, it is withheld’” (John 20:21-23 ESV).

“And Jesus came and said to them, ‘All authority in heaven and on earth has been given to Me. Go therefore and make disciples of all nations, baptizing them in the name of the Father and Son and of the Holy Spirit, teaching them to observe all that I have commanded you. And behold, I am with you always, to the end of the age’” (Matthew 28:18 ESV). 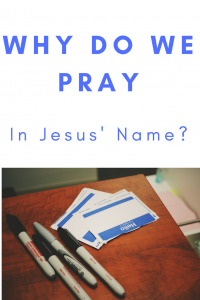 As the Father sent Jesus, He sent us. Because we are bought and cleansed by the blood, we saints are sent out to the places we study, play, and work to make disciples as we go in Jesus’ name. We don’t just go on our own, though. Remember, when we are born again, Jesus’ Spirit comes to live inside us and also work in, on, and through us. When we go forth and let Holy Spirit do His work, we are exercising the authority in Jesus’ name.

Another way we show our authority is by using the power of praying in Jesus’ name. Imagine two children arguing over something. One runs to the mother to tell on the other. The mom sends back the orders for the fighting to stop. One child tells the other, “Mom said you have to stop.” Just like that, the fight is over. Well, guess what? We saints are in a fight, too. When the enemy tries to battle with us, we go to Jesus. There is authority in the mom’s name when the kid uses it right? Wouldn’t you think praying in Jesus’ name would carry that much authority and more? So, when we say Jesus’ name to the enemy, he knows who has the right to enforce what we say. If he doesn’t stop, Jesus will stop him.

When saints speak in Jesus’ name, Heaven also hears and responds. Father God hears us using His Son’s name and loves to answer us. Even the angels hear His name and perk up. They do what God says, and when they hear God’s name, they are ready to jump into action.

The blood and the name of Jesus are two basic forms of authority Jesus gives us when we enter His Kingdom. But authority by itself isn’t always enough. Somebody has to make sure that people actually do what the authority says. I’ve heard Kenneth Copeland teach it something like this: Jesus makes us His deputies on Earth. The badge He gives us is our authority to enforce the rules of the Kingdom of Heaven. He also gives us the gun for the power.

In the Bible, the word “power” comes from the Greek “dunamis,” which means the kind of power released when dynamite explodes. That’s a lot of power! We get this dynamite power through Holy Spirit empowerment. Click To Tweet

After Father God’s resurrection power brought Jesus back to life, He visited His disciples and appeared to people for several days to prove He was alive. The disciples were born again because they believed Jesus was the Son of God, died, and was raised from the dead. Jesus breathed on them, and they received His Spirit. Remember, Father did that with Adam!

Next, Jesus promised His followers He would send His Holy Spirit to give them dynamite power. The disciples obeyed Jesus, and Holy Spirit came upon them in a serious way. Read the book of Acts in the Bible. Before, they had been baptized in water. Now, they were baptized in the fire of Jesus’ Spirit. They spoke in new tongues, healed the sick, turned people to Jesus, and basically started changing the earth to look more like the Kingdom of God. How cool is that?

When all that started happening, it fulfilled a promise Jesus had made to the disciples in John 14:12. He told them that those who believed in Him would do even greater things than He did. The best part is that the power was not only for those disciples at that time. It is for you and me today.

To summarize, Jesus paid the highest price for you: His own blood. That blood transferred you into His Kingdom. Since you are a citizen of His Kingdom, you are a saint who has the right to exercise the authority of Jesus’ blood and His mighty name. But you also need power to help you live in that authority. The baptism of the Holy Spirit allows saints to walk in the authority and power of Jesus here on the earth. 30

As one of Jesus’ saints, you get the privilege of taking His love, His authority, and His power to a world that really needs it. Friend, you are like a stick of Jesus dynamite just looking for a chance to explode!

This is an excerpt from THERE’S NO JUNIOR HOLY SPIRIT: A SUPERNATURAL TRAINING MANUAL FOR YOUTH. Equip yourself, your children, and others. Get a copy for yourself and one to give away today! 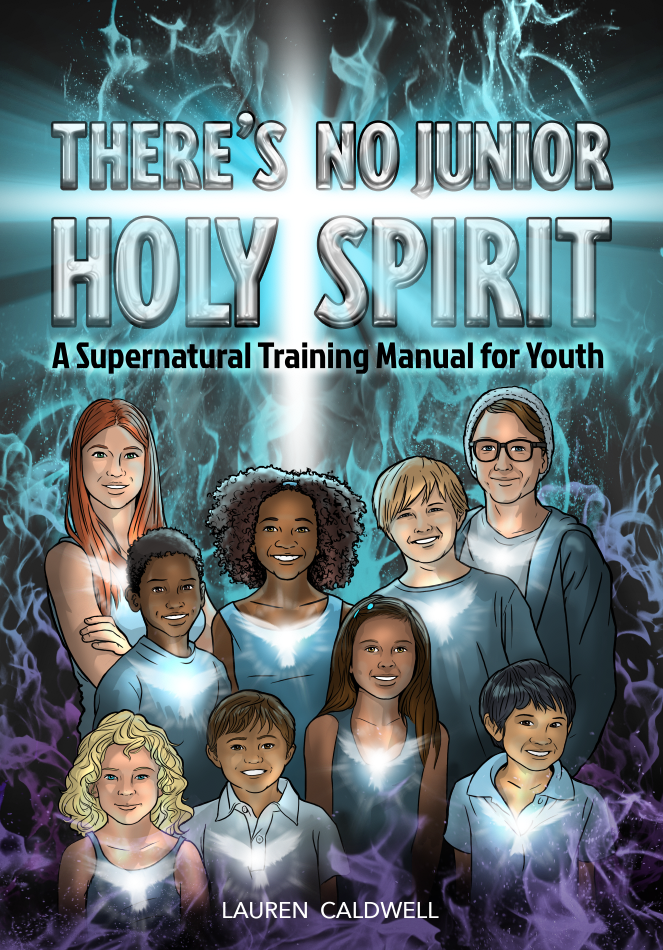 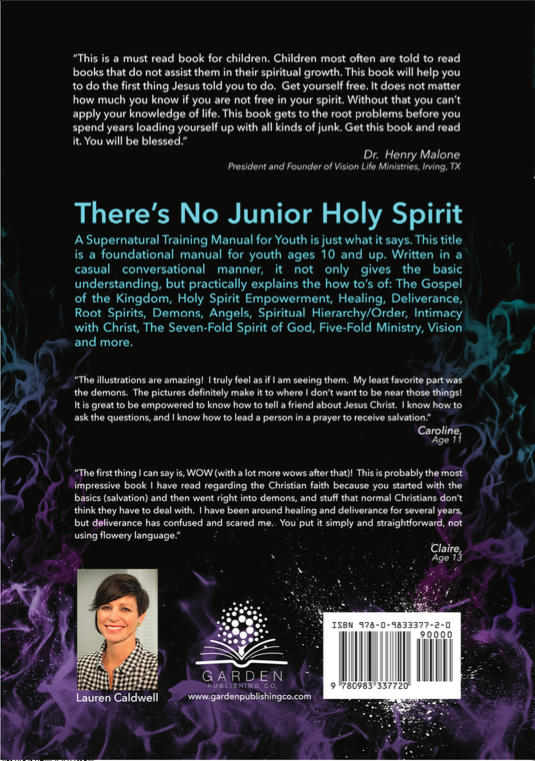