Here’s a simple way I understand how Father feels about healing. Remember that healing is a part of salvation/Sozo/soteria.

The Bible says again and again that it is God’s will for everyone to be saved, right? Well, since healing is a part of salvation, God isn’t going to take away one of the things Jesus paid for with His blood. Father didn’t change His mind about forgiveness of sins or eternal life. He hasn’t changed His mind about healing either. 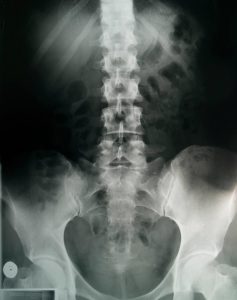 I know people sometimes ask, “Well, what about when people aren’t healed?

Does that mean it is God’s will for them to be sick?” I’ll answer a question with a question: “Well, what about people who go to hell or aren’t born again? Was that God’s will?” No! God wants every single person to be with Him.

I’ll be honest. I don’t know why some people are healed and others aren’t. I don’t know why some people believe Jesus while others aren’t saved. I do know the enemy has a hand in whether someone is healed, as well as the way people respond to the Gospel. Satan’s job is to steal, kill, and destroy. He is always trying to do those things to people, but that doesn’t mean it is God’s will or that He wants that to happen.

At one time, I believed God made people sick to teach them a lesson. I know that sounds totally opposite from everything else I’ve taught you about Father. Well, that’s because thinking God does that to people is wrong. Wouldn’t you think I was a sicko if I gave my baby a disease to teach her to obey me? How about if I broke my son’s arm to teach him patience? Crazy, I know 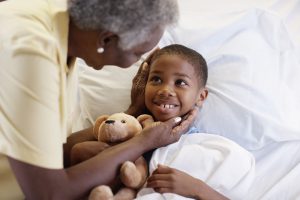 God did not create people to live in sin, sickness, or disease. Just read the Gospels and look at what Jesus did when people were hurt or sick.

Jesus told the disciples if they’d seen Him they’d seen the Father. Jesus also said He only did what He saw His Father doing and said what He heard Him saying. So, Jesus is the perfect picture of God’s will. One man even asked Jesus if he was willing to heal him. Jesus said He was willing. There ya go. Jesus said it. There’s a real clear answer about God’s will to heal.

“And behold, a leper came to him and knelt before Him, saying, “Lord, if you will, you can make me clean.” And Jesus stretched out His hand and touched him, saying, “I will; be clean.” And immediately his leprosy was cleansed.” Matthew 8:2, 3

Often times there are some spiritual causes behind sickness and pain. Sometimes a demon or evil spirit is what makes the person sick. If we want to overcome these spirits and see people freed and healed, we have to stay close to Jesus to hear what He wants us to do. Sometimes it is just an issue of living in a sin-infested, broken world. Regardless, He has already beaten those spirits and diseases, and He will surely lead us in the victory.

You may wonder what to do when you believe with all your heart, pray as hard as you can, and do everything you know to do, but someone still doesn’t get healed. I realize there’s a lot we don’t know about healing, but I do know Jesus told us to go out and heal people, teach others about Him, use His power to defeat Satan, and bring the lost back to His love. Yes, it hurts when what I pray doesn’t show up on Earth. Yes, I get bummed and sometimes want to quit. But Jesus was hurt and tempted to quit, too. Yet He kept on going for my sake, so I will keep going for Him.

We are believers, so we keep on believing, no matter what!

I hope you enjoyed this excerpt from There’s No Junior Holy Spirit. We hope to unveil the newly revised version soon!

https://youtu.be/OYkL2LlCDGw Our new release from author Coy Taylor has the potential to go far beyond…

https://youtu.be/D7HdJpKPc7c *Facebook Live: Above The La Live Episode During the next few months, I will…