“I can’t believe I’m actually going to do this.”

Those words echoed around the interior of my Saturn Ion, freshly gassed up and ready for the impending trip to a city I never had even the slightest desire to visit.  The echo seemed to say to me, “I can’t either.”

I checked all my stuff one last time.  If I happened to forget anything, there was no chance of coming back to get it.  One does not simply return from a fourteen hundred mile trip for the toothbrush he didn’t manage to get into his bag.  My two duffel bags, one red, one black, rested in the back seat underneath my crisp toiletry bag, all practically brimming with my provisions for the trip.  I had bags of snacks in the front seat, green wasabi-coated peas guaranteed to set my nostrils on fire if I ate too many at once.  A blue Dasani water bottle graced my cup holder, glistening in the morning light.  The trunk was completely filled with razors, toothbrushes, and lotion bottles, gifts I’d be leaving at my destination, the Dream Center.

With those words, I pulled out of my driveway and steered my car west toward the city of angels, which awaited me at the end of the longest trip I’d ever made by myself.  Though I did suspect I was about to undergo a change, I never could have imagined the depth of transformation that would soon take place in my life.

Many of us look back at decisions we have made and wonder, what exactly was it that got us to do that?  Maybe inspiration had been stalking us like a tiger in the brush, waiting for the precise moment to spring out and trap us into greatness.  Maybe we held desires within us that our conscious mind, with all its “what-ifs” and “cannots,” had yet to discover.  Maybe those desires met up with inspiration at just the right time and combined to transform the what-ifs into why-nots. 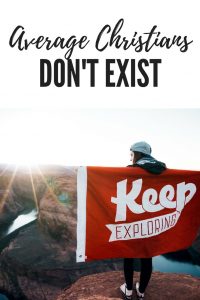 The decision to make the trip to Los Angeles invaded my consciousness one lazy afternoon while watching television.  I was purposefully wasting a day in front of the boob tube, letting the couch slowly devour me like a python and washing myself in the neon glow from the screen.

I had turned the channel to the Trinity Broadcasting Network, perhaps looking for some substance to break the monotony of pure brain candy upon which I had been feasting.  That’s when a red-haired man popped onto the screen and seized me by the heart.

His name was Matthew Barnett.  Young and enthusiastic, his passion practically glowed through the television frame.  He was a guest on a prominent faith-based show, discussing his lifelong passion: the Dream Center.

Pastor Barnett started the Dream Center at the age of twenty-two with one goal in mind: to take the love of Christ to the darkest corners of one of America’s toughest cities.  Almost two decades later, the Dream Center has grown into a massive sanctuary of faith in a city of bustle and decay, a hulking arena of love nestled into the very heart of fear.

The Dream Center, so named because its mission was to restore the dreams of the people it ministers to by showing them the true love of Christ, was not a place for the weak at heart.   The people who served there willingly went into the roughest neighborhoods, often with food for the hungry, many times with games and fun for the kids living in those places, but always with love for whoever needs it.  Skid Row, the red light district, and South Central may be places a normal pastor would avoid, but the Dream Center deliberately targeted these places. The people there needed the most love.  And love, as Pastor Barnett said, was the most important aspect of the whole Dream Center. 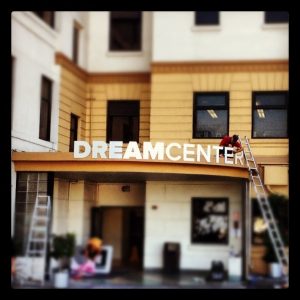 “Everything we do is designed to build relationships,” he said.  “We want people to know that we care about them, regardless of who they are or what they look like.”

As I sat on my couch, aroused from my stupor by Pastor Barnett and his life mission, the thought slammed into my mind like a Mack truck into a brick wall: I’m going there.   Little did I know that I was actually prophesying to myself.

I think what convinced me to go to Los Angeles was the straightforward challenge Barnett offered to his viewers: if you really believe your God is bigger than the problems of the world, then your life should be proof.   Plain and simple.

In my heart, I heard Jesus saying, “He who loves his life will lose it, but he who loses his life for My sake shall keep it.”  It was decided: I had to leave behind everyone and everything I loved and go where I had always been terrified to go.

But Los Angeles?  Didn’t every person there have a gun and know how to use it?

The movies and television always made LA seem like the kind of place where you were lucky if you lived to be thirty years old.  Between the crazies and the gangs and the fast-lane lifestyle, I was fairly certain I would not survive two days in that city.  Yet, I could not ignore it.  I tried to forget what I had said that day on the couch, but the thought simply would not go away.

Almost three years after I saw Pastor Barnett on TV, I finally worked up the courage to go.  I made the trip across the country to Los Angeles, California.  It felt like death for me, but it was also a journey of love.  It was like my heart was saying, “See Lord, I love you enough to do this for you.”  At the same time, my mind was screaming the exact opposite.

My first impression of Los Angeles, with its towering skyscrapers and swarms of people everywhere, was that it would eat me alive.  I saw it through the eyes of fear, and fear can magnify any gnat of a problem so that it looks like a dragon.

One of the first things I learned helping at the Dream Center was that it was practically impossible to differentiate between the “good” and the “bad” on the basis of looks.  I cannot tell how many times I was completely intimidated by someone only to find out they were on full-time staff as a ministry leader or something similar. 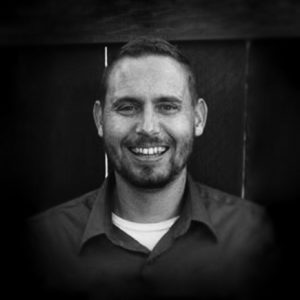 I also learned that sometimes there was a darker reason why someone may have gone to such effort to appear trustworthy. I felt like the world had gone backward.  The former convict with the tattoos all over his body couldn’t stop talking about how much he loved Jesus, while the slick dude in the business suit lurked outside a store trying to pick pockets.

I quickly found that I needed to get the plank out of my earthly eyes and start looking at people with the eyes of Jesus.  I would never be able to tell who was who without Holy Spirit discernment. The many encounters with the diverse people there challenged my faulty stereotypes and continually showed me the depth of my wrong thinking.

Outing after outing with the staff of the Dream Center proved that most people, even in the streets of Los Angeles, respond positively when treated with respect.  The homeless, the tough, and the upper class all seemed pleasantly surprised when volunteers showed them a friendly face and genuine concern for their well-being.

Along with that, I found that the more I tried to care for others, the less I worried about what would happen to me.  Though fear never stopped nagging me, it reverted to its minuscule form, and I could simply swat it whenever it came around.

I found myself walking up to complete strangers asking if I could pray for them or inviting them to the children’s service we were organizing. I shifted into broken Spanish so I could talk to the cold-eyed teenagers sitting in the park with nowhere better to go. All I could think about was trying to help them however I could.Click To Tweet

Even on Skid Row, when a scraggly-bearded man with two metal objects walked up to me, brandished his weapons, and glared into my face, I was surprisingly calm.  I did take note that I could possibly get hurt very quickly, but somehow I was able to look into his eyes and listen to what he said, most of which made absolutely no sense.  The idea of running never came into my mind.

By the end of my short time at the Dream Center, I had become a new person. I was not free from attacks of fear, but I was definitely no longer dominated by it. Even things that should scare me didn’t seem so terrible in the light of God’s love.

In that respect, my trip to Los Angeles really was a death.  The Kevin McSpadden who used to be intimidated walking into Wal-Mart in San Angelo, Texas, after dark had passed away.

Additionally, being at the Dream Center taught me that fear is the opposite not of courage, but of love.  Someone who is in love does not care about the cost of his actions.  That person is simply concerned with giving away the treasure he carries in his heart.  Love disarms enemies, protects hearts, and grows courage.  Where there are great lovers, there will always be courageous fighters.

That, I have learned, is why a twenty-three-year-old could move to Los Angeles with around forty of his friends and create one of the nation’s largest and most effective ministry centers.  He was in love with his God.  Therefore, Matthew Barnett and the things he stood for were unstoppable.

I discovered that I, too, carry with myself a treasure that makes me an overcomer.  The love I have for my friends, my family, and my God is a flame that consumes the nagging of fear.  Fear destroys itself, but love only grows stronger as it is expressed.  I earnestly hope I continue to find myself thinking, “I can’t believe I’m about to do this.”  Each time I’m in that circumstance, I’m sure that who I am will soon die.  But I also know that love will resurrect me again, stronger, surer, and even less afraid. 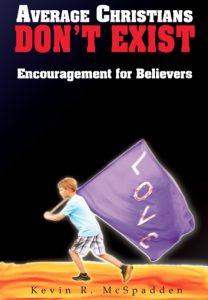 If you related to this guest post from Evangelist and Author Kevin McSpadden, you will love

What is Prophetic Art? Jennifer Jones and Glimpses of Glory Studio

Absolute surrender is meat, not milk. Can you tell the difference between a baby bottle…

One Sunday morning while consumed in the Lord’s presence in worship, I had a prophetic…