We’ve all pondered the question, “If God is Good Why Does He Let Bad Things Happen?”  but few can answer it with authority. In this brief blog, I will do just that. It’s not as complicated as you might think.

First, let’s address whether or not God is good. Yes, He is. How do I know? Because I have experienced His goodness myself. Bill Johnson puts it well when he says,

Although the enemy of my soul destined me for death and destruction, Jesus paid the ultimate price to rescue me from the schemes of Satan. I have experienced Jesus’ pursuit of me all of my life.  Even before I knew what it was, I knew there was something supernatural going on in my little heart.

When I was old enough to understand that it was a “who” rather than a “what” that was pulling on my soul I simply agreed and said, “Yes.” Simple childlike faith was all it took to unlock the mystery of the ages that wise men have searched for throughout history.

God also tells us that He is good in His Word, The Bible. Here are a few places where He clearly expresses it: 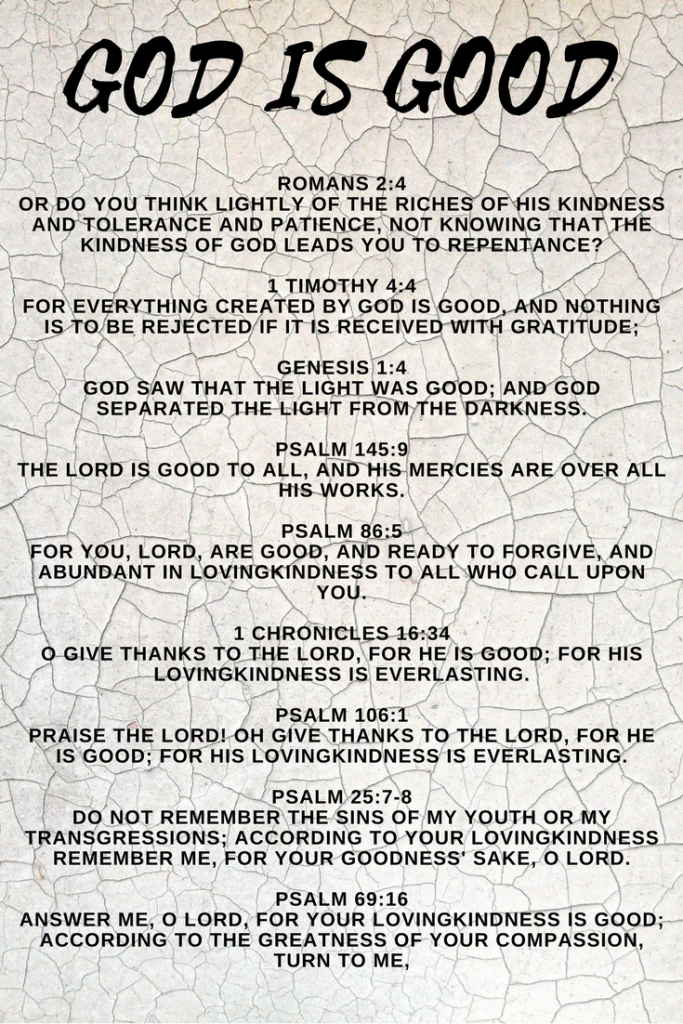 Our original question was, “If God is Good Why Does He Let Bad Things Happen?” Now that I’ve addressed whether or not He is good, let’s address why God lets bad things happen.

Yes, I’ve had gut-wrenching battles in my life, but it all makes so much more sense when you get a glimpse of the big picture. Things don’t just happen. There is order and more going on than we can see. I write about this extensively in There’s No Junior Holy Spirit: A Supernatural Training Manual for Youth which is due out very soon. I’ve also addressed it in previous blogs like The Gospel of The Kingdom (GOK)  and Jesus Heals Dogs.

As seen in The Gospel of The Kingdom post and throughout Scripture, we are shown that there is an evil force at work against us. Satan, his fallen angels, and demons are bent on our destruction (more about angels and hierarchy here). Relentlessly they attack everything that God loves. 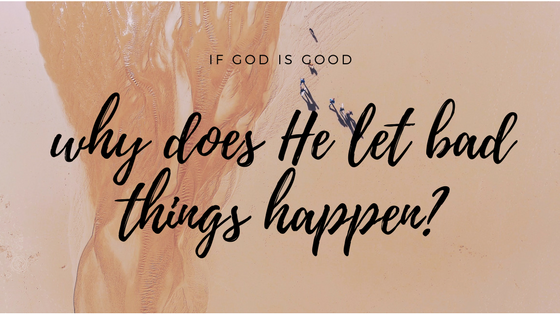 After many ask “If God is Good Why Does He Let Bad Things Happen?” the next question is “Why did God Create Evil?”

To be direct, Free Will. Had God not given creation the ability to choose then genuine love could not have existed in creation. Everything created would be robotic and without the ability to choose love. Satan made the choice to introduce evil. He defiled Heaven by his choice and was cast down. Satan then seduced Adam and Eve to make the same choice as did 1/3 of the angelic host. As outlined in the GOK post, Jesus did what Satan and Adam did not. He chose complete and total obedience thereby winning the right to redeem humanity by His sacrifice. His blood upon the altar in Heaven cleansed it of Satan’s defilement and made a way for us to enter in.

It's very clear that much of the blame for the evil in the world is due to Satan and his evil hordes. However, may I suggest to you that a large part of that blame falls at our feet as well? Jesus commissioned us to do as He did while on the earth, but have we?Click To Tweet

Matthew 28:18-20  18 And Jesus came and spoke to them, saying, “All authority has been given to Me in heaven and on earth. 19 Go therefore[a] and make disciples of all the nations, baptizing them in the name of the Father and of the Son and of the Holy Spirit,20 teaching them to observe all things that I have commanded you; and lo, I am with you always, even to the end of the age.” Amen.

Matthew 10:8 Heal the sick, cleanse the lepers, raise the dead, cast out demons. Freely you have received, freely give.

Ezekiel 34:4 The weak you have not strengthened, nor have you healed those who were sick, nor bound up the broken, nor brought back what was driven away, nor sought what was lost; but with force and cruelty you have ruled them.

So, I pray that you will consider what authority believers have been given and what we have done with what we have been given. Might you take up the commission and do your part to answer the question, “If God is Good Why Does He Let Bad Things Happen?” by receiving His goodness toward you and fight those “bad things” head on?

How do I fight evil you ask? How do I fulfill this life-altering commission? You must be equipped according to Ephesians 4.

Ephesians 4 I, therefore, the prisoner of the Lord, beseech you to walk worthy of the calling with which you were called, 2 with all lowliness and gentleness, with longsuffering, bearing with one another in love, 3 endeavoring to keep the unity of the Spirit in the bond of peace. 4 There is one body and one Spirit, just as you were called in one hope of your calling; 5 one Lord, one faith, one baptism; 6 one God and Father of all, who is above all, and through all, and in you[a] all.7 But to each one of us grace was given according to the measure of Christ’s gift. 8 Therefore He says:“When He ascended on high,He led captivity captive,
And gave gifts to men.”[b]9 (Now this, “He ascended”—what does it mean but that He also first[c] descended into the lower parts of the earth? 10 He who descended is also the One who ascended far above all the heavens, that He might fill all things.)11 And He Himself gave some to be apostles, some prophets, some evangelists, and some pastors and teachers, 12 for the equipping of the saints for the work of ministry, for the edifying of the body of Christ, 13 till we all come to the unity of the faith and of the knowledge of the Son of God, to a perfect man, to the measure of the stature of the fullness of Christ;

You are a saint of the Most High God. You are chosen and greatly loved. Learn more about what it means to be an equipped saint here.

The question, “If God is Good Why Does He Let Bad Things Happen?” so often comes from a seeking heart. Now you have a place to start with those who might be looking for THE TRUTH. Ask Holy Spirit to mature you and equip you. Use our books and videos as resources to fuel your growth. Make sure you align yourself with those seeking the same things. Press in and overcome evil with good. You’ve been given much authority. It’s time to learn how to use it and bring His Kingdom.