With what have you agreed?! This could change everything for you and your family. Take a few moments to see what’s possibly already at work in your home. I’m talking about the “apple agreement” Adam and Eve made on our behalf when they chose disobedience rather than obedience. Thank God Jesus cancelled it for us by paying the ultimate penalty. How much more important is this agreement than a simple box you click before an update or purchase on your phone?

Satan didn’t have to come up with something completely original or different than humanity had ever heard. He just took something familiar and tweaked it a little. Isn’t that amazing? All of eternity was influenced by a simple agreement with a lie. Are you agreeing with lies or truth? 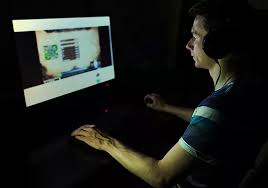 Jesus gave the apostles the authority to make decisions on what was forbidden/prohibited and permitted on Earth. One example is the decision made by James the Apostle that Gentiles didn’t have to be circumcised because they were saved by faith rather than tradition (as were the Jews). There was a ruling made on Earth and heaven honors it.

We have authority over ourselves, our homes, and wherever God has granted us that influence. We too can forbid or permit behaviors, activities, access etc. pertaining to that which we’ve been given authority over. This is done through prayer, speaking, writing and actions. 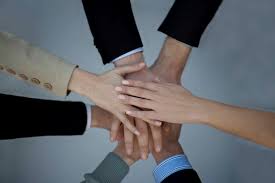 There is great power in agreement. It can be agreement for something good or bad. A very simple example of this is when you hear gossip about someone and agree with it even if you don’t know the truth. Even when you do not agree with something, but keep silent there is a measure of agreement there. Next thing you know, there’s a full blown rumor and then that turns into a reputation whether or not the original statement was even true. Had you forbidden the conversation from continuing, the rumor and spiritual warfare over that issue would have been forbidden from continuing to have an effect.

A positive example of agreement is when people begin to believe for God to move in a good way and we pray in agreement. We know God’s truth and agree with it. When people say, “it’s just never going to rain” which is a negative agreement, we can answer with, “God is good and He takes care of His creation.” Remember there is great power in our words and we can bring about what we believe and speak.

Knowing the authority you have been given, choose your words carefully and make sure you never agree with the terms set forth in that first evil “apple agreement.”

“Again I say to you that if two of you agree on earth concerning anything that they ask, it will be done for them by My Father in heaven. For where two or three are gathered together in My name, I am there in the midst of them.”

In Jesus’ name, I confess that I am full of faith and agree with God and His Word. I ask You, Jesus, to show me opportunities to turn negative agreement into positive agreement because You are a good God in a good mood. I ask You to show me where I’ve agreed with anything that is not in Your heart.