Things were not looking good for our little puppy named Teva. We’d first noticed that she wasn’t her usual bouncy self a day before. After that, she was going downhill fast and we didn’t know why. My husband took her to the vet and they could tell the problem was within her stomach so they gave her some meds and told us to watch her closely. We were heading out for Spring Break the next day but left our big boys home because they had a stock show later that week. 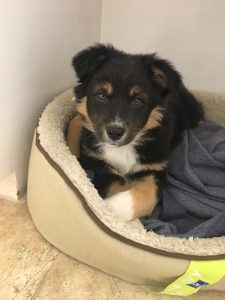 The next day she was barely hanging on. My husband called and rushed her to the vet who is over an hour away. Several tense hours later, we got a text saying they had to do emergency surgery because she’d eaten something and torn up her intestines. (She chewed everything, as puppies do.) They had to remove part of her large intestine and stitch it back together. Teva’s bowels had been leaking into her body and she was going to die. Things were very much touch and go. She slowly recovered and then took a turn for the worse again. The stitches had come loose and they had to go back in and repeat the surgery! We were in New Mexico skiing while constantly checking our phone for updates on our little family member. We prayed in faith that she would recover.

You see, our family knows that physical and emotional healing is part of the salvation Jesus paid for with His blood on the cross. It is as much a part of sozo/soteria/salvation as being forgiven or going to Heaven. Jesus was a perfect representation of the Father and His will. When Philip asked to see the Father, Jesus told him, “If you’ve seen me, you’ve seen the Father.” You never see Jesus put sickness on anyone, right? Father God and Jesus are not at odds with each other and going to work against each other.

Jesus even references dogs symbolically as He demonstrated healing and casting a demon out of a Canaanite woman’s daughter.

Jews and Gentiles did not associate in those days.However, this woman had faith and asked Jesus to get rid of the evil spirit in her daughter. Emphasizing that He was first sent to the Jews rather than Samaritans, Jesus referred to this woman as a dog. Undaunted by His testing of her heart, she pointed out that even dogs (Samaritans) got crumbs (healing and deliverance) from the table of the children (Jews). Jesus answered and said to her, “O woman, great is your faith! Let it be done to you as you desire.” And her daughter was healed from that very hour.

Because we know that healing is included in the Greek and Hebrew definition of the word “salvation” used in Scripture, we can know it is His will and desire to heal.

And a leper came to Him and bowed down before Him, and said, “Lord, if You are willing, You can make me clean.” Jesus stretched out His hand and touched him, saying, “I am willing; be cleansed.” And immediately his leprosy was cleansed. Matthew 8:2,3 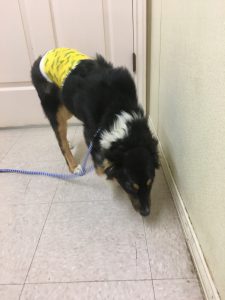 Well, what about people who believe in faith and pray and aren’t healed? Few question God when He says it’s His desire that all be saved from Hell. However, many get derailed when its pointed out that being healed emotionally and physically is also included in that word “saved.” It is God’s will that all be saved, yet people, for various reasons, still refuse Him and go to Hell. I’m not saying it is always people’s fault when they aren’t healed. Goodness knows that’s not the case. I’m simply pointing out that it is very clear from Jesus’ words and actions that it is His will to heal. I don’t know why healing doesn’t always come, but I am not going to draw my own conclusions and make my own theology to try and explain something I just don’t understand. I simply believe and learn.

Jesus was clear that He expected His disciples to heal people and actually commanded them to do it as a demonstration of The Kingdom of Heaven.

He sent them to preach the kingdom of God and to heal the sick.

So, we prayed and believed for Teva to be made well. And she was. Yes, there were doctors involved and we’re so glad. Our vet said he was amazed by this little pup’s strong will to live. We’re not surprised at all. She’s back in full “Tevanator” mode and we know that our prayers were answered. 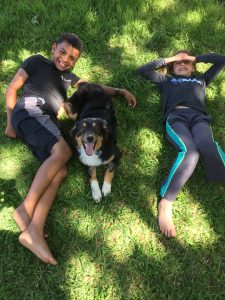 It wasn’t a blatantly supernatural miracle, but miraculous nonetheless. I’ve seen that too by the way. I’ve literally felt Cancer leave a man’s body through my hand as I prayed. I see a woman every Sunday who was supernaturally healed of Stage 4 Cancer when the doctors had no hope. I know a boy left on a care flight full of tumors only to have them disappear when he was checked again upon arrival at the specialist. These are only a few of the testimonies I know of personally.

So, yes, Jesus heals dogs. And people. And souls. And He’s always good and He is always love. That’s what He has shown me and I simply believe.