Do not be found ignorant of The Father’s heart toward Israel in this hour. By the end of this brief blog you will know the most important basics about Israel all Christians should know.

It has always been His plan to have a family relationship with humanity as evidenced in His relationship with Adam and Eve in the beginning. However, as we see in the story of the fall of man, the relationship was lost. See my previous blogs about the Gospel of the Kingdom for more background. In His love and pursuit of His wayward children God chose to bring the redemption of the lost world and race through a certain family. 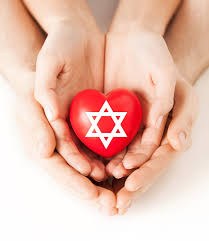 That family began with a certain man, Abraham. God called him out of the land he was in to bring him to the place where humanity fell those thousands of years before. God promised Abraham that all the world would be blessed through him. Through his sons, Isaac and Jacob, Abraham’s family line preserves the promise of God to bring humanity back. Abraham’s grandson Jacob’s name is changed to Israel. Israel has several sons and The Bible chronicles the generational journey of this family who would later be called the Jews. Through a series of events over 100s of years, Jesus is finally born through this family line.

Believe it or not, Jesus’ was specifically sent to the Jewish people of Israel at the time of His ministry. He wasn’t sent to people who were not of that family line, the Gentiles. Pretty simple, if you are not Jewish you are a Gentile. That’s not a bad thing, that’s just a simple definition of terms. The fact that God sent Jesus to the Jews first to be rejected so that Gentiles could join the family is one of the Mysteries of God Paul refers to in Scripture. Reading that last sentence just revealed a mystery to you about which the prophets of old spoke, yet did not understand! What a privilege!

I say then, have they stumbled that they should fall? Certainly not! But through their fall, to provoke them to jealousy, salvation has come to the Gentiles. Now if their fall is riches for the world, and their failure riches for the Gentiles, how much more their fullness!

Israel has not been replaced by “The Church” or forgotten by God as some early church fathers believed. Jewish people are not better or more important than “Gentile Believers,” nor are they redeemed any other way than through faith in Jesus as their Savior and Lord. “Gentile Believers” are grafted in through Jesus Christ to the blessings originally promised to Abraham which have been promised to all of Israel.

…that at that time you were without Christ, being aliens from the commonwealth of Israel and strangers from the covenants of promise, having no hope and without God in the world. 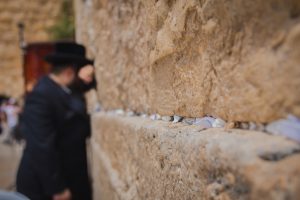 Jesus was Jewish and will return to Jerusalem, the specific city in Israel. He has chosen it as a special place and set it apart to Himself. All of the world is His and He will rule and reign on this earth with the saints forever and ever at the end of the age. But He will not return until Israelite leaders honor Him as Messiah/Christ/Savior.

…for I say to you, you shall see Me no more till you say, ‘Blessed is He who comes in the name of the LORD!’

I will bless those who bless you and curse those who treat you with contempt. All the families on earth will be blessed through you.

Father God, I believe Your words to Abraham that You will bless those who bless Israel and curse those who curse Israel. On behalf of me and my forefathers, I repent for ever cursing or slandering the Jewish people or their ancestors. I replace it with blessing and pray for the peace of Jerusalem and agree with The Spirit in calling for You to come back soon. I pray for the salvation of all Israel, in Jesus’ name.