This post is by one of Garden Publishing Company’s favorite authors, Kevin McSpadden. Enjoy this excerpt from his book, Average Christians Don’t Exist, available in our online store, Stango’s Coffee Shop and Coffee 101 in San Angelo, Texas.

One of the greatest leaders Israel has ever known was a man with a speech impediment and a radioactive face. Another hero of the faith labeled himself the biggest sissy in the entire nation. One member of the Hebrews hall of fame was a prostitute who committed treason. There’s also a young man whose brothers left him in a hole and sold him as a slave. And it gets better. 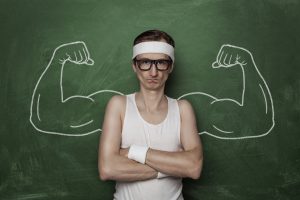 The list of great believers includes a prophet who saw things so weird he could barely describe them. To this day, we read the letters of a vehement Jew who killed Christians until he was struck blind. We also highly regard a few fishermen who made a quick exit from the business, and we emulate the Christ-likeness of a guy whose final moments on Earth involved getting bludgeoned to death with big rocks.

None of these people would likely get elected to a modern day hall of fame, yet God chose each of them for specific, essential tasks. Every one of them is famous in Heaven.

When God called Moses, he tried to excuse himself because he had a speech impediment. Though he was one of the most courageous and humble leaders who has ever walked the earth, Moses believed his handicap would keep God’s glory at bay. Still, God chose Moses to lead Israel out of captivity and into the Promised Land. I’m positive Moses did not stutter as he faced down Pharaoh and said, “Let God’s people go!”

God had to find Gideon hiding in a winepress. Gideon questioned whether God was truly with His people and claimed to be the weakest person in all of Israel. Under the power and direction of God, however, Gideon and a pitifully small collection of faithful soldiers thrashed a vicious Midianite army.

Rahab, a prostitute and a sinner under the Law, saw an opportunity for redemption when the Lord’s soldiers came to her. Rather than cling to a false loyalty to a city that likely despised her, she found grace in the eyes of a Father who accepted and delivered her.

Joseph discovered the depths of misery in Egypt’s prisons. The wisdom and favor of the Most High not only rescued this poor, abandoned kid, but turned him into a savior of the nation and of his people.

Can you imagine what it would have been like to have a conversation with the prophet Ezekiel? Ezekiel saw things in the Spirit that technology did not catch up with for centuries. He had a hard time describing what God showed him because he probably did not have a frame of reference for the glory he encountered. He had to make comparisons that fell far short of what he actually saw. And if you lived during that time and listened to him talk, you’d probably think he was the strangest person you ever met.

Paul, who used to be murderous Saul of Tarsus, considered himself the least of those like him. Peter, Andrew, James, and John would have been called fools for leaving behind their livelihood to follow a wandering teacher. These apostles became the foundation of the church and witnessed the awesome power of Holy Spirit even as they learned to know Him.

Stephen suffered a bone-crushing death, yet in his last moment, He saw Jesus standing at God’s throne with his own human eyes!

This small sampling of the awesome men and women of God shows just a little of how God thinks. Notice that none of them considered themselves mighty or strong. Consider that not one of them had a degree from an accredited university. We’d probably lock a couple of them away if they lived today.

But every one of them became great for the same reason: God was with them. 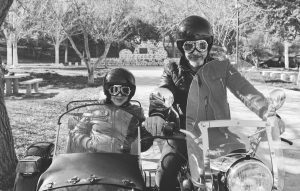 God loves the wimps, the whiners, and the weirdoes because they prove the greatness of His glory. If He only chose the strong, the beautiful, and the self-righteous, humans would inevitably argue that we are powerful in ourselves. We wouldn’t need God’s help because our own ingenuity and strength would help us overcome. If we only studied enough, we could arrive at any revelation we needed. God would be obsolete.

So, to show us just how foolish it is to think that way, God uses the very things humans despise or belittle to put His power on display. Qualifications in themselves are not bad, but being unqualified should not stop believers from ministering the gifts with which God has entrusted them. If someone were to defer ministry until they had achieved the necessary qualifications according to the world, they would inevitably miss out on opportunities along the way. In the Kingdom, Jesus already has qualified believers. What more could we need?

Likewise, human strength is at best a risky gamble. Strengthening our bodies or minds may indeed produce good fruit, but not a single devil has left because someone physically or mentally overpowered it. I would love to punch cancer in the face, but it’s just not possible. To God’s way of thinking, however, walking with the Spirit of Might should make even the weakest believer bold enough to move mountains.

Greatness for believers comes from lining up with the promises of God and surrendering to Him.

In my own right, I will never be great, never be qualified to live out the dreams I have, and never be powerful enough to change the world. With God, I have everything I need to do those things right now. Put in the simplest possible terms, greatness in the Kingdom comes down to hearing God and doing what He says.

Moses, Joshua, David, Daniel, Ruth, Esther, Mary, and Jesus Himself all had one thing in common: when God called them, they answered, “Yes.” They gave themselves into the hands of God Almighty, and He transformed them into the heroes through which He would reach the world. He has not changed His mode of operation.

Today, God is still searching for those whose hearts will say yes to Him. Those hearts are the ones He can mold and fill. Those faithful people stand in His shadow where fear and doubt dare not tread. Those inspired saints understand what God has tried to communicate since the beginning: He is with us. Always.

As I said in the introduction, God doesn’t believe in average, un-capable Christians. He knows what gifts He has given us. He can see the final result of every command and calling before we take the first step. He Himself accompanies us to see that we cannot fail. And with God, even the most ordinary person becomes entirely extraordinary.

All it takes is to say yes.

Say yes to the dreams He has planted in your heart. They’re not crazy or unreachable. They’re the plans God has for you that are for your good. They’re the future He has known from the beginning, the result of His innumerable thoughts about you.

Say yes to the gifts He offers. They’re available to every believer according to His grace. You already have some of them. Put them to work. And if you lack anything, ask. Jesus promised God would not be stingy.

Say yes to the callings on your life. Whether they’re permanent, temporary, or just for today, don’t ignore the call of your Lover. Adventure and excitement accompany the unknown. Learn to silence the insidious lies of fear and trust Jesus. The unknown is only scary if you face it with someone you don’t trust. Believe your Lord. Jesus knows how much cooler the view is from the places that seem hard to reach. And maybe He just wants to get you alone for a minute because that’s what a lover does. Will you let fear of failure rob your next encounter with Jesus?

Say yes to intimacy with God the Father, with Holy Spirit, and with Jesus. Learn to relate to God as all of these. He has expressed Himself these ways for reasons we may not fully understand this side of Heaven, but He has done so for good reasons. Richness abides in the relationship.

Say yes to love. Grow in it. Live in it. Receive it. Give it away. Doing these things may very well make you seem crazy or weird in the eyes of the world. You may very well feel weak sometimes when you recognize the power of God or the magnitude of what He’s called you to, but when you get to Heaven, you won’t feel out of place. You’ll walk in a crowd of great witnesses who have experienced the same things.

And if you’re worried that you’ll mess up or that you’re not perfect, you’ll fit right in. None of the believers I admire most were perfect, and neither am I. Welcome to the club. 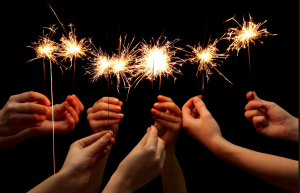 The Dream Center & An Average Christian

“I can’t believe I’m actually going to do this.” Those words echoed around the interior…

What is Prophetic Art? Jennifer Jones and Glimpses of Glory Studio

Absolute surrender is meat, not milk. Can you tell the difference between a baby bottle…